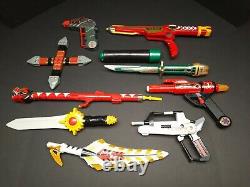 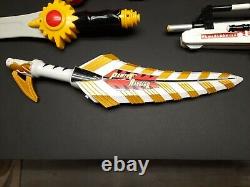 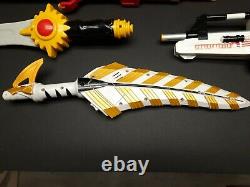 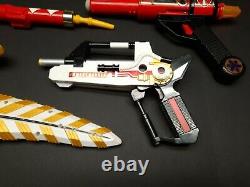 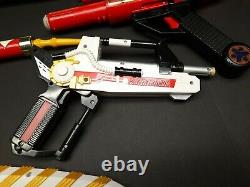 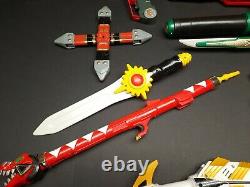 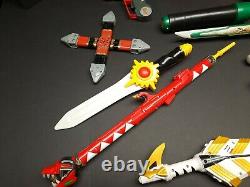 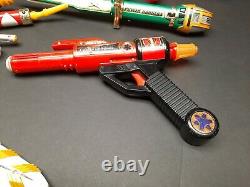 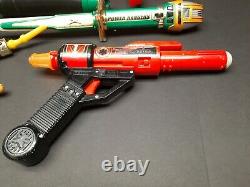 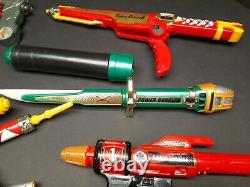 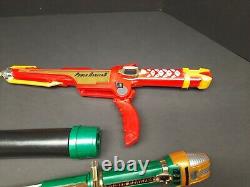 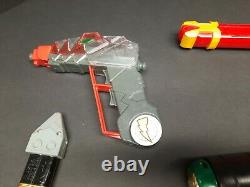 Overall nice lot of Power Rangers weapons. Please check below for individual weapon condition. 1999 Power Ranger Lightspeed Rescue Blaster - Tested and does not work, it made a couple sounds and then fizzled out. Threw in new batteries and it stopped working. 2002 Wild Force Sword - Does not have any electronics.